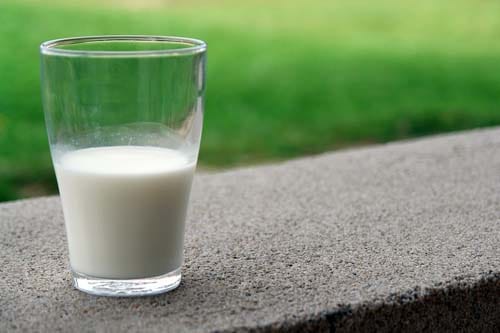 Dogs, like humans, have shown a higher prevalence of allergies and digestive issues with the increase in processed foods. That’s why we should provide them with food that cause no upsets in the digestive system, and food that contain important nutrients, including protein, carbs, fats, vitamins, and minerals!

When you think of milk, you think of cows. But actually, people around the world have enjoyed fresh and raw milk from a variety of animal species such as yak, camel, reindeer, sheep, goat and much more.

So can dogs drink goat milk? Yes! Actually Goat milk is better for dogs, it has some unique properties that make it more easily digested than other milks, Cows milk may be more likely to cause allergic reactions to dogs than goat milk, and tends to upset the tummies of most dogs.

Goat’s milk, which can be purchased at many health stores, as well as secured from farm supply stores, contains a bit less lactose and much less casein than cow’s milk, which makes adverse reactions (allergies, lactose intolerance) less likely. It’s typically also more energy rich (higher in fat). There may, then, be some merit to considering trying goat’s milk over cow’s milk for, say, orphaned puppies.

Goat’s milk is the basis for several recipes for dog milk replacer, used by a breeder when the mother doesn’t have enough milk or cannot nurse the litter for some reasons. And why goat’s milk is used it’s because it is naturally homogenised and closer to dog’s milk than cow’s milk is.

Lactose is a sugar composed of galactose and glucose (makes up around 2–8% of milk), requires the enzyme lactase to split it into simple sugars for easy digestion. Raw milk is rich in lactase enzyme, but the pasteurization and heat destroy this lactase enzyme. Many people and pets who don’t produce the lactase enzyme have some difficulties digesting pasteurized milk but they can digest raw milk without any problems, and that’s why raw goat milk is better!

Also raw goat milk is a source of easily digested probiotics that can help with many chronic diseases, such as: Diabetes, Poor digestion, Diarrhea and more..

This was “Can dogs drink goat milk?”, see also:
Can dogs eat egg shells?
Can I give my dog yogurt everyday?